Your Home Doesn’t Need a Heater

Australia has the lowest energy building standards compared to developed countries, which means a considerably higher energy cost for you and carbon cost to the planet, but a revolution is quietly underway to eliminate the need for heating entirely.

The words ‘minimum building code’ send shivers down the spines of environmentalists in the building industry. These three words have been responsible for most of Australia’s new builds ever since we stopped logging trees to make cabins. Cheap developments have lined the pockets of construction companies, developers and ultimately, buyers. It’s a short-term win, but sadly a devastating blow to the environment in the long run. 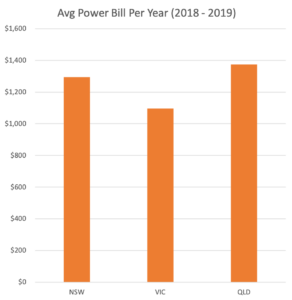 Did you know our homes are the number one contributor to Australian greenhouse gas emissions? Properties pump out 23 per cent of Australia’s national carbon footprint, and we waste 90% of the energy through inefficient design. Our ‘minimum builds’ have been leaking energy since the industrial revolution, like a poorly designed jacket in winter. This means we have to jack-up the heat pump or dial down the air con, continually fighting the elements for comfort.

This loss of internal climate control is leading to a loss of external climate control. But, the opportunity for 9 million Australians to reduce 90% of its home energy consumption using passive design is staggering. We could each save 3.18 metric tons of carbon entering the atmosphere every year, or 28.62 billion tones every year as a country. That’s a significant dent in efforts to curb climate change.

Our bank accounts take the hit too. An average annual power bill in Sydney could be slashed by up to 90% saving well over $1000 a year. An Australian Energy Regulator report stated: ‘Compared to 2009, electricity prices have increased by 75% on average, with Victoria and South Australia experiencing the greatest increases (104% and 112% respectively).’

Look beyond the beauty and see what lies beneath. A brand-new state-of-the-art building with all the superficial bells and whistles is impressive, but underneath the facade, you’ll find the effects of the minimum building code: poor building envelopes, insufficient insulation detailing, punctured vapour barriers, uncontrolled thermal bridging, poor quality windows (80% of the market is single glazed!) and dated construction techniques.

The days of short-term wins are over. Sustainability comes in the form of quality; passive solar design is such quality. The first passive home was built in 1990 by physicist Dr Wolfgang Feist; he said: “as far back as the 1970s it was clear that the era of fossil fuels was coming to an end. It was clear that the main problem with this form of energy was carbon dioxide emissions. “

“We analysed what these vast amounts of fuel being extracted from the ground were actually being used for. The result was shocking: the largest single share of modern energy consumption was being used for heating buildings, that’s over one third! “

So, Dr Feis and his team of scientists went to work on a groundbreaking study to precisely measure heat loss in the home: “We buried hundreds of sensors in the individual components of the building. This was more complicated than today as wireless didn’t exist and hundreds of cables had to be correctly laid.”

What they discovered would change the course of history, laying the foundations for more efficient homes and ultimately saving the planet. “We turned to the practical issues of heating systems, heat distribution, windows, roofs and ventilation systems.” Now, after years of scientific breakthroughs, a passive house needs 90% less energy using body heat, the sun, your appliances, lightbulbs and even your TV.

With the thirty-year anniversary of the first passive home around the corner, there is cause for celebration. There are over 80,000 Passive Houses of all building types throughout the world in some of the harshest environments like the crispy cold of Canada, the massive monsoons of Malaysia tropics and Japan’s phenomenal floods. 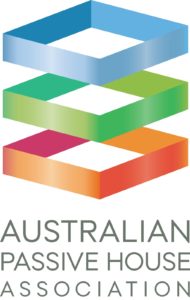 Institutes like the Australian Passive House Association (APHA) have blossomed, even partnering up with The Green Building Council of Australia (GBCA) to promote the design, construction and operation of energy efficient and comfortable buildings in Australia.

“A core purpose of the Australian Passive House Association is to promote the benefits of ultra-energy-efficient buildings. A recent event was the IceBox Challenge in Melbourne.” Said Eric Zehrung, Member of Strategic Working Group.

Literally any building can be refurbished or built to the passive house standard, including skyscrapers. In Europe, there are passive schools, office buildings, supermarkets, retail centres, gymnasiums, health clubs, and thousands of passive apartment units. The most significant current development is the 26 story Cornell University Campus (below) in New York, which will house 520 people, built and certified to the passivity house standard. Curbing your bet against rising energy prices and reducing CO2 emissions are obvious wins for the passive architecture revolution, yet homeowners still have reservations.

The extra cost of passive design will depend significantly upon size of the project and quality of finish. Typically, a range of 10 – 20% of your budget should be put aside which puts a lot of people off (short term wins > sustainability). However, when you calculate a potential saving of $1000 a year on energy bills and the increase in value of a higher quality build, you could net a return on investment. This is because passive buildings rank highly as premium properties on the market.

Unfortunately in Australia, building energy standards are lower than in many parts of Europe, and it is relatively difficult to source some high-quality components here. That said, a certified professional can use APHA software to plug in data from your home and get a better idea of costs and return.

Passive house design ensures very high air quality. Plants flourish and kids lungs are clean as the entire volume of air in a typical passive house is changed on average between 8 to 12 times per day.

The best way to build a passive home is from scratch; a bespoke design can optimise 100% of the technology available now and scores all 30 of 30 Green Star points. But many people will be limited to home renovation which still carries merit and still scores those juicy Green Star points. Here is the list of passive components for your renovation

What about moisture and mould problems? Detailed modelling can identify and address potential moisture issues with a variety of techniques (like low-level ventilation) during the design. What about fireplaces? The experts believe having an open fireplace will add too much heat into the building and throw the balance of the manual ventilation system.

What about the stifling temperatures of Northern Territories, Queensland or Western Australia? Passive cooling is the process of using ventilation, orientation, windows, shading, insulation and thermal mass to keep the property as cold as possible. 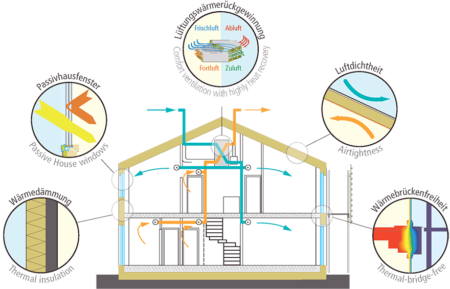 The rule of thumb dictates that smaller homes are better for passive design; another win for tiny homes across Australia! Compact shapes with two stories facing south are as good as it gets; simplicity takes the crown. Take a look at our story The Tiny Home Giving 100% Profits to Charity to see how tiny homes are leading the charge in passive design. 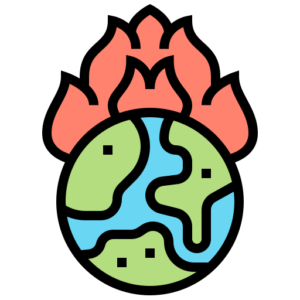 The groundbreaking report Low Carbon, High Performance from the Green Building Council of Australia (GBCA) found that Australia can eliminate emissions from our buildings entirely by 2050. Passive Home technology available today can deliver healthier, more productive cities and save Australians $20 billion a year.

On the flip-side, just five years of delay could lead to more than 170 megatons of lost emission-reduction opportunities, and $24 billion in wasted energy expenditure. This is the equivalent emissions to almost 36 million passenger vehicles driven for a year, or the electricity required to power 23 million homes.

The technology, the knowledge and the support are available now; the missing ingredient is us. When we see overwhelming statistics, our minds tend to switch off – and the implications are incomprehensible. So, let’s finish with a simple drawing (above) to illustrate where all the data points to if we don’t embrace change.

Join the festival family by becoming a Home Show Club member and you’ll be the very first to receive more stories like this, free tickets, special offers, inspiration and more!