How to Flood Proof Your Home

2011 marks a harrowing time when cyclone Tasha ripped through Queensland, a wake-up call for residents to flood-proof their homes. 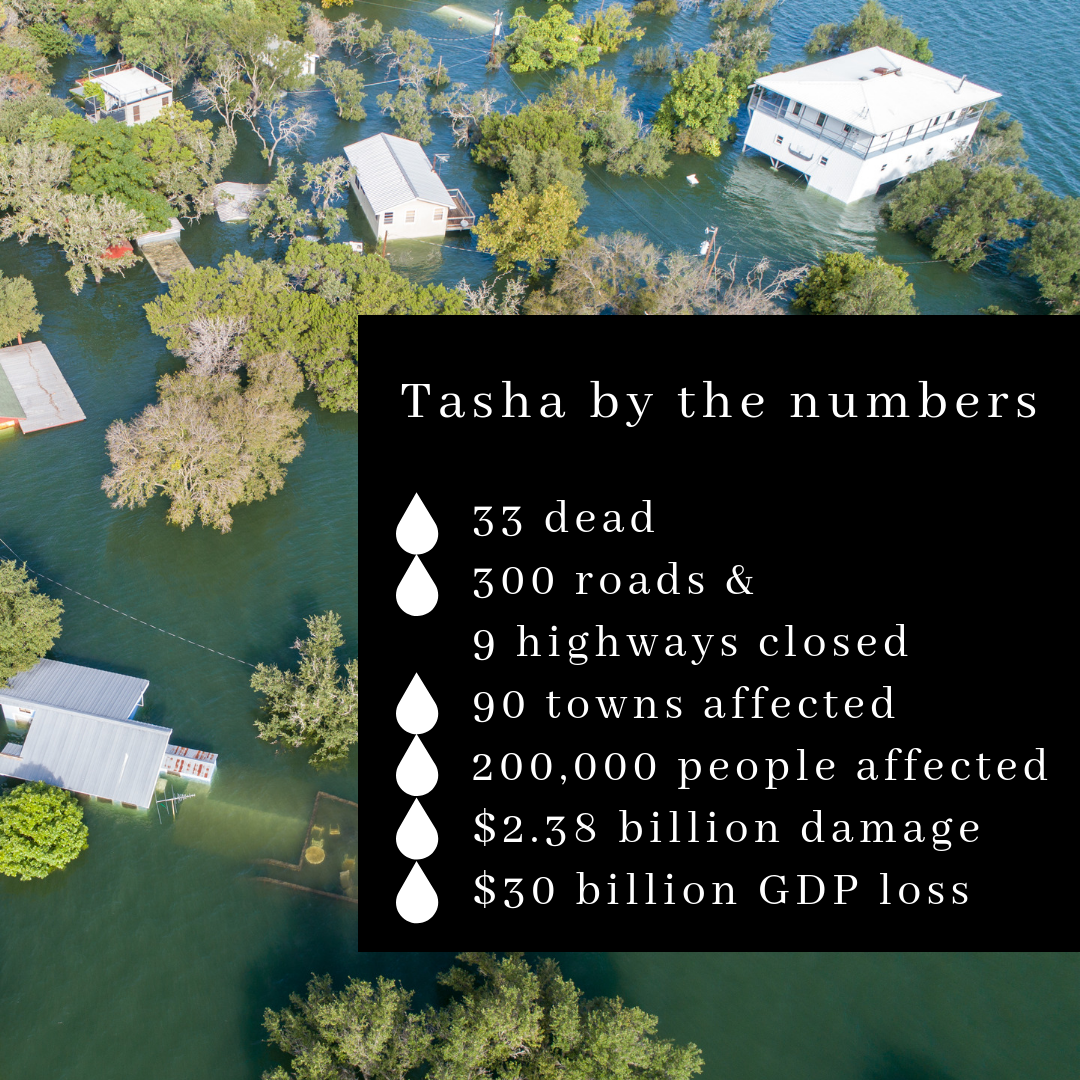 Three-quarters of Queensland were declared disaster zones. It was the wettest spring in 110 years. La Niña, a rhythmic ocean-atmosphere phenomenon, is partially responsible for conditions ripe for cyclones. The last time La Niña invited extreme storm conditions was in 1974 when cyclone Tracy ripped 70% of houses in Darwin clean from their foundations, killing 71. It usually takes a natural disaster to highlight vulnerabilities in building design, raising calls to implement best practice.

“Meanwhile, the Australian Federal Government’s own National Greenhouse Inventory reveals that we are not on track to meet our Paris Agreement targets. Indeed, overall emissions are trending up, not down,” the mayor said.

If you live near a river, lake, creek, a reservoir or dam, you might be at risk of flooding. During rapid downpours, earth’s natural plumbing can overflow, causing havoc in the surrounding areas. This is the reason that unbelievable pictures surface of entire houses underwater. Shockingly, many new housing developments are still being approved on flood plains, despite the inherent risk.

Imagine a flume at a water park. The water predictably flows around the curves and bends of the plastic pipes. This is the same for water when it turns and churns down roads, alleyways and gardens. This occurs when drainage systems are over capacity, water backs up and seeks alternatives routes to the sea.

Storms can surge seawater down estuaries, exploding out into residential communities, further blocking any potential for drainage. High tides can bring mythical waves crashing down on coastal properties. Future climate models predict rising sea levels put properties in danger that were once safe. 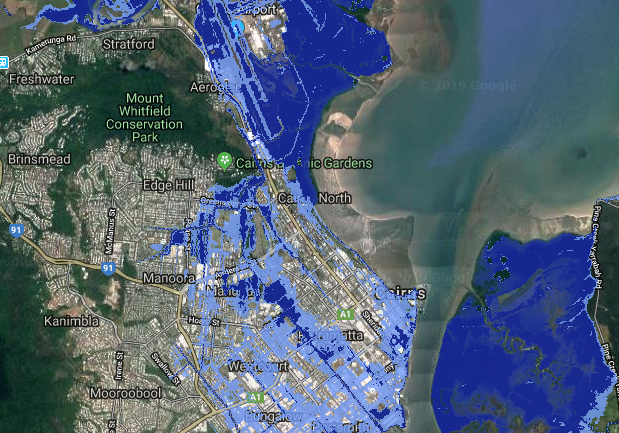 If you believe you are in one of these three high-risk areas, approach your local government and begin a dialogue. They have Defined Flood Events (DFE) for every neighbourhood. DFEs are hypothetical flooding scenarios; what would happen to your home in the event of a freak storm. They will provide special planning consideration and building heights.

Another flood metric is an Annual Exceedance Probability (AEP). This is the probability of a flood occurring in a year. If your home has even one per cent AEP, it’s considered financially viable to renovate your home to make it flood resilient.

Areas affected by flooding have been slapped with extortionate insurance costs. Insurance companies have become increasingly cautious after paying out billions of dollars to flood-affected households in recent years. They take the DFE, AEP, among other factors to calculate your insurance premiums. 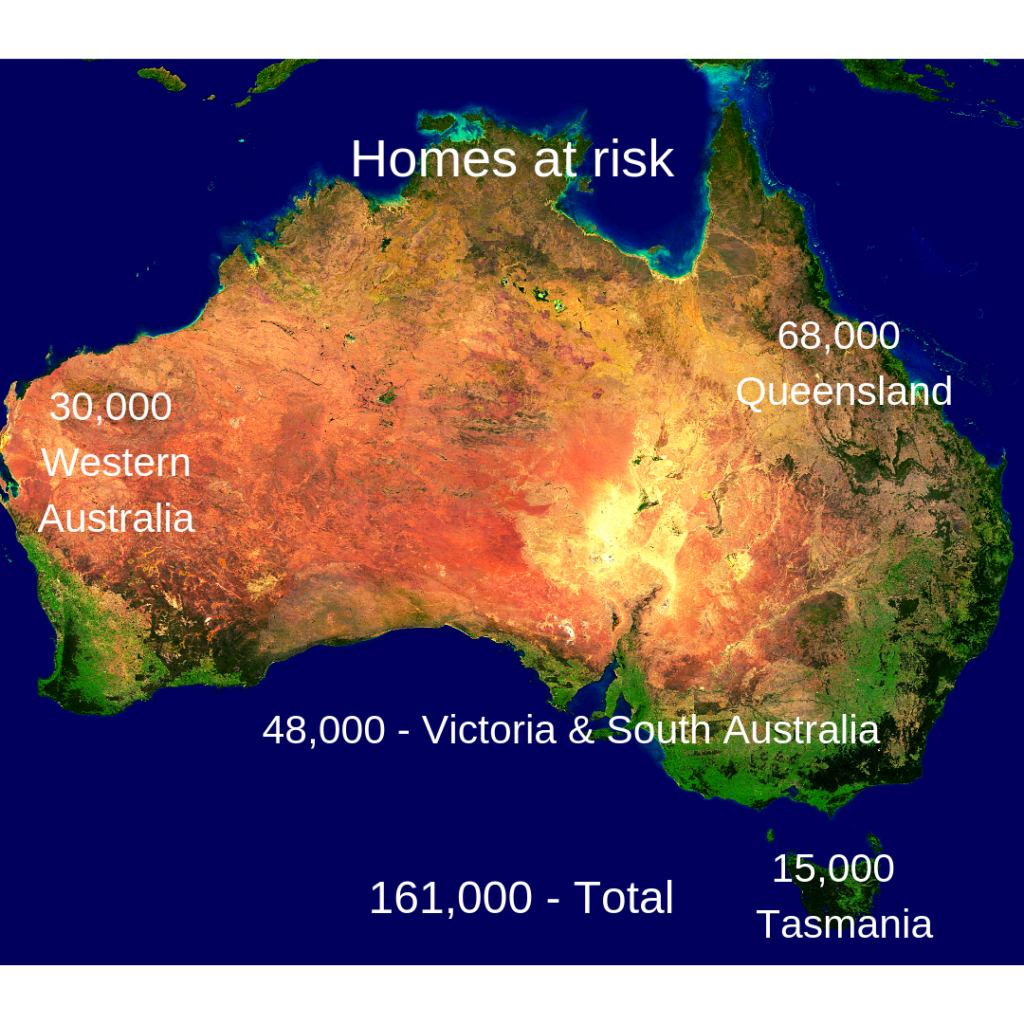 However, it’s not just past flooding. The Department of Environment has just warned sea levels will rise of 1.1 metres by the end of the century. This puts an additional 161,000 homes at risk from flood damage. (in Australia?)

The director of science and systems at Climate Valuation, Karl Mallon, said “Generally, insurance companies often draw a line in the sand at the frequency of a one-in-100-year flood event. This means that as the risks of flooding increase, many houses will be uninsurable or the owners will find cover unaffordable.

“We strongly urge people to check with councils and insurers if their homes are in flood zones, and if they can expect long-term affordable cover. If not, they should know they will have to plan for the risks on their own and think about adapting their homes for climate change.”

In 2011, a Graceville home was flooded five metres above ground level. One homeowner renovated by raising their home three metres above the original height. They also protected the lower levels with concrete block walls and floors. Their annual insurance premium plummeted from $5,300 to $3100, saving of 40 per cent a year.

So, what are flood resilient renovations? In short, they’re renovations which use materials, systems and designs that withstand or minimise the costs of disastrous flooding. Homeowners should be able to safely store their belongings ahead of a storm, easily clean and move back in with minimal disruption after a storm.

Raising a masonry home to safe levels can be incredibly expensive compared to timber houses which start at $35,000. That said, an elevated house is likely to escape a storm unscathed, where a renovated home will still find a level of financial disruption when submerged. Ideally, you would doth both, particularly in high-risk areas. Build your house into a fortress and raise the floodgates when the storm hits with removable barriers around doors and vents. Can cause unequal water pressure and destroy walls.

Water can destroy walls if the pressure outside the building is higher than inside. Inviting water through the house can keep the structure intact. Interior has to be made waterproof.

Washing machines, dishwashers, TVs and other appliances should be lifted to higher locations.

Fencing can make your garden into a rising swimming pool, eventually collapsing and sending a tidal wave into your neighbour’s garden. Low fencing, gaps underneath, flaps or water flow alignment can all mitigate lawsuits.

Swiss insurance company Zurich outlines a comprehensive list of all the flood protection measures you can adopt in a renovation.

To dive deeper, the Queensland government released a 131-page technical guide which outlines step-by-step instructions, imagery and flow-charts for your renovation.