Social enterprise Nestd is reinventing the tiny house without the wheel.

Remember the remarkable Peak tiny home launched at the Melbourne Home Show? This architecturally designed home (below) raised the bar for passive technology, smart storage and pristine angles. Nestd is the charity giving 100% profits to Kids Under Cover.

During a Home Show seminar, one curious member of the audience asked if Nestd have any homes on wheels. General Manager Monica replied, “we are in the small homes space, we found a market for permanent living who don’t want to crawl and climb around.”

The tiny house range from Nestd revolves around 5 x 5-metre square spaces. While traditional tiny homes are rectangle, square spaces offer exceptional liveability because of the separation between the living area, bedroom and kitchen.

Monica says going tiny doesn’t require crawling around, “we did a lot of research into the tiny house market. We found the predominant tiny house was essentially like a caravan or studio space. They’re seriously tiny and provide an extremely low price point, which is great. But we also thought something was missing in the market between the traditional tiny house and apartment living.”

“In the opening of the [The Studio] prototype, we had twenty people in that space having a drink, and it didn’t feel cramped,” said architect Tim. 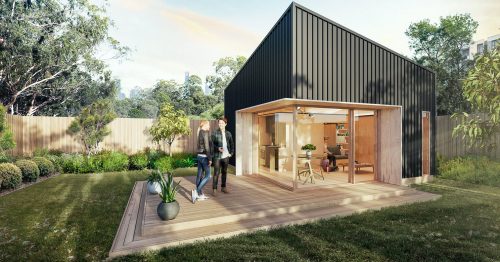 Sometimes, architects use fancy words to sell their boring designs. The Peak, however, lives up to its name. Its square floor plan is punctuated with its angled roof, creating a ‘peak’ witnessed from certain angles. Substantial glass panes are the main selling point, making for incredible views from the dining room. 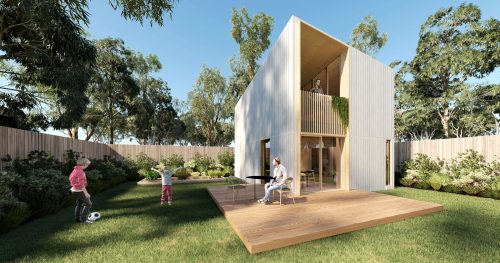 Sequels rarely live up to expectations. The Peak 2 proves this wrong. The number two most accurately describes the addition of a second floor. This space contains a second bedroom and a breathtaking balcony. 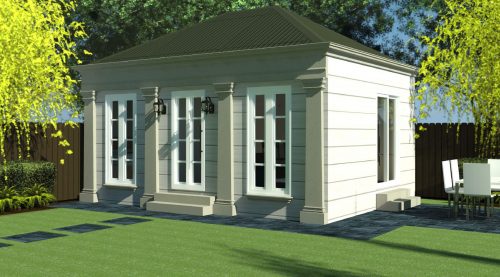 Luxury home builder, Ravida, couldn’t resist using clichés to chic up their marketing. Maquette means ‘sculptor’s sketch’ in French. This dollhouse design is a Georgian inspired classic with striking roman pillars. So, we have a culture clash between a French name, English finishes and a Roman exterior. 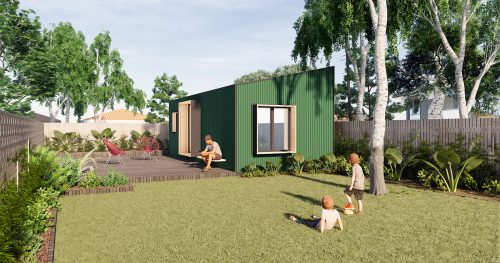 This edgy design provides an entry-level introduction to tiny living. What it sacrifices in natural light, it makes up for in affordability. At just 17 square metres, it still squeezes in a bedroom, bathroom, kitchen and living area with heaps of storage to spare. With only a 10-day turnaround time, the Edge is shaping up to become a modern solution to Australia’s housing crisis. 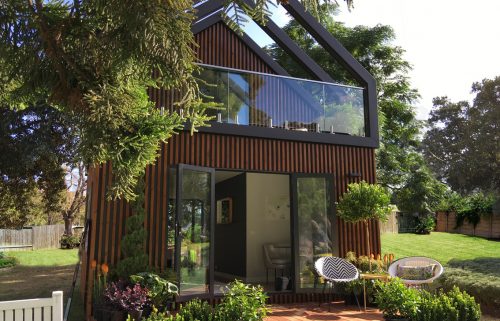 This is the closest you will get to a ‘normal house’ out of the bunch. Designed by NH Architecture and Ortech Industries. Its multi-floor design offers a bedroom, sitting room with balcony or storage. It uses an agricultural waste by-product from farming called Durra Panel, that would otherwise be burnt after harvest. Durra Panel’s high thermal mass properties act like a woolly jumper, perfect for colder climates like Victoria and Tasmania.

The full talk from the Tiny House Seminar Stage is available below:

7 Questions for a Tiny House Builder

A Guide to Sustainable Housing