Have you ever felt unwell for no apparent reason? You may be suffering from sick building syndrome (SBS), the result of poor indoor air quality.

The World Health Organisation reports 30% of buildings worldwide produce SBS. An alarming statistic made worse by the symptoms of headache; eye, nose and throat irritation; fatigue, dizziness and nausea.

Common chemicals found in our air at home

Pretty nasty chemicals to breathe at home let alone in space. That’s why NASA conducted a clean air study, pitching different species of plants in a Hunger Games style fight to the death… Ok, not quite that dramatic, but the results were as inspiring as Jennifer Lawrence herself.

Scientists found that certain plants feast on these harmful toxins (above) in the air as-well-as converting carbon dioxide into oxygen. One of these plants (below) per 10 square metres of space is enough to cause long-lasting positive effects. A further study discovered that micro-organisms in the soil remove benzene from the air.

If you want to introduce your own plants, the secret is to buy species with big leaves and a long life. “The amount of leaf surface area influences the rate of air purification,” said Bill Wolverton, a former NASA research scientist who conducted that 1989 plant study. This is because when plants die, all the carbon in the plant is broken down by insects, fungi and microbes and re-released as CO₂.

Other than chemical benefits, plants are well documented to have psychological benefits such as calming the nervous system and reducing stress. Spending time around nature inspires a positive impact on a person’s mood and energy levels. 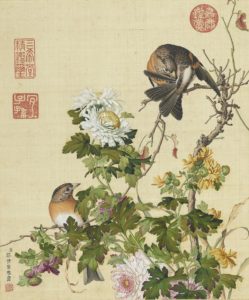 One of the oldest forms of Chinese medicine, this beauty dates back to 500 BC. The flower was traditionally used against eye inflammation and ‘impure skin’. So significant this plant was, ancient civilisations used it in the quest for immortality.

Classic scriptures read: “In prolonged use, it lifts the inhibition of blood and qi, alleviates the body, slows down ageing, and prolongs life.” 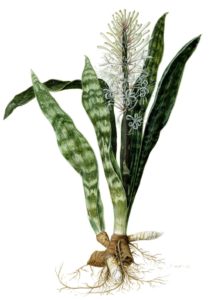 Even the least horticultural folks will recognise the piercing tail of this snake plant native to tropical West Africa. They flow 70–90 centimetres and 5–6 centimetres wide upwards. Records have seen two-metre heights!

This really is a novice plant as it requires only the minimum of light and irregular watering. During winter you only need to water it every two months. Be careful though; it will quickly rot if overwatered. 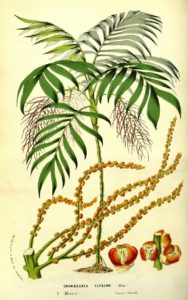 Translating to ‘gift’ in Greek, the parlour palm is one of the most heavily sold houseplants in the world. They’re native to rainforests in South America and versatile even with low maintenance.

It’s a slow-growing specimen, yet fans out to a whopping two metres given enough time. North Australians could benefit from this plant as it prefers medium to high humidity. 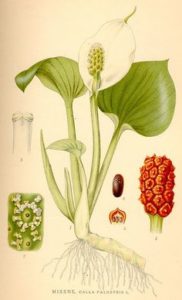 The leathery leaves have enormous potential to grow up to 25cm wide and 65cm long. Native to Central America tropics and some parts of South East Asia, this is another species with low light and water needs.

Another ‘evil’ plant by name; devil’s vine is notoriously impossible to kill and unlike most plants still glows (an evil) green when locked in the dark. If you don’t resort to an exorcism, this plant can prove pretty useful in fighting nasty toxins.

“I usually recommend the golden pothos as my first choice, since it is a popular plant and easy to grow,” added NASA scientist Bill Wolverton.

Hailing from French Polynesia, pathos is excellent for homes with indirect sunlight or even fluorescent lighting. It’s dubbed a ‘shy’ plant due to the flower only sprouting some years of its life or sometimes never.

A Guide to Living Off The Grid